February 28th, 2019
265 420 420
PUMC Staff Parish Relations Committee is pleased to announce that Stephen Price has joined the PUMC staff as Choir Director and Primary Organist, effective March 1. Stephen has been on the organ bench for the last several weeks, and PUMC is pleased to welcome him to this position permanently.
Stephen is also on the staff at Ball State University. He was recently appointed Assistant Professor of Organ there, where he leads studies in organ performance and church music. Price was formerly the Associate Director of Music and Organist at First United Methodist Church, San Diego, CA. In 2009, Price graduated from Western Connecticut State University with a Bachelor of Music degree in Organ Performance. Following his undergraduate career, Price received a Fulbright Grant to France, studying organ at the Conservatoire à Rayonnement Régional de Toulouse, where he received the Diplôme d’Études Musicales, in addition to Le Prix François Vidal from the city of Toulouse, with mention “Très Bien” from the jury. While studying in France, Stephen performed recitals at numerous venues in France including the Basilica of Saint-Sernin (Toulouse) and the American Church (Paris).
You may greet and welcome Stephen this morning following worship in the Main Lobby. And congratulations and welcome may also be emailed to Stephen at [email protected]. 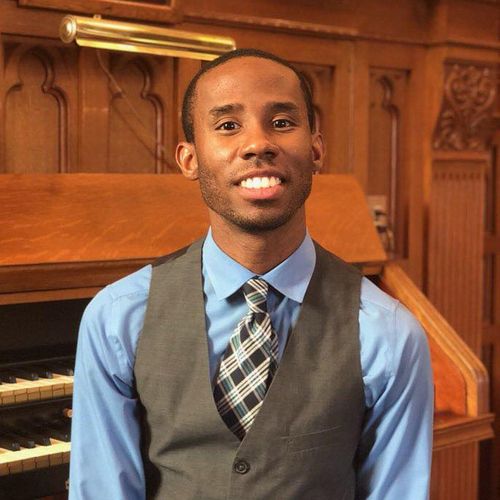