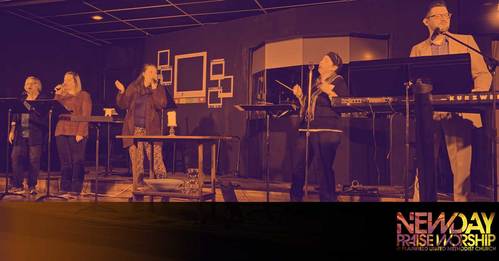 The PUMC Concert Series is excited to present Jacob Tipantasig-Wolverton and the NewDay Praise Band in concert on July 21, 2019 at 4:00 p.m. in the PUMC Worship Annex.

The evening will be packed full of music written by leading contemporary worship artists such as Chris Tomlin, Hillsongs Worship, Matt Maher, Israel Houghton and many others.  This worship concert will be an evening that you won't want to miss as we lift our voices in worship! This energetic and high quality worship concert is suitable for audiences of all ages and will feature music of multiple genres. 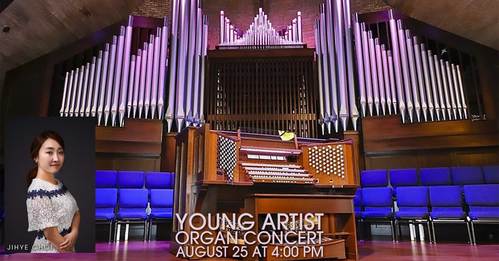 The PUMC Concert Series presents the Young Artist Organ Concert, sponsored by the Hendricks Symphony, featuring Jihye Choi at the pipe organ on August 25, 2019 at 4:00pm in the PUMC Sanctuary.
Jihye Choi is an organist originally from South Korea who currently finished a Performer Diploma at Indiana University with Dr. Janette Fishell.  Jihye received her Master of Music degree in Organ Performance from the University of Cincinnati (College-Conservatory of Music), and her Bachelor of Arts in Church Music from the Seoul Theological University.
Jihye has won multiple prizes in various organ competitions including: Strader Organ Competition, YoungSan Organ competition in South Korea, Sydney Organ Competition in Australia, Arthur Poister Organ Scholarship Competition, and Fort Wayne National Organ Competition.  Jihye has performed as an active concert organist in South Korea, the United States, and Germany.
Currently, she is serving as the Organist and Assistant Music Director at First Christian Church (DOC). She will begin her Doctor of Music program at Indiana University in the fall of 2019.
See Jihye Choi's complete bio here. 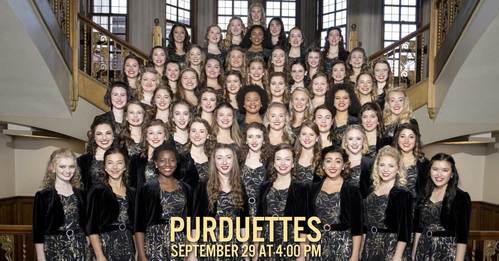 The PUMC Concert Series presents Purdue University's Purduettes in concert on September 25, 2019 at 4:00pm in the PUMC Sanctuary. Celebrating music of all genres with a vast repertoire including pop, classical, contemporary, country, swing, patriotic, Broadway, gospel and jazz, this multi-talented troupe of women represents the brightest and best from a variety of majors and areas of study.  Known for an ever-polished and professional look and style, the Purduettes consistently showcase the considerable musical talents of the 50-60 vocalists through full ensemble selections as well as small groups and solo presentations. Directed by Jeff Vallier, the Purduettes provide energetic and quality entertainment suitable for audiences of all ages and backgrounds. 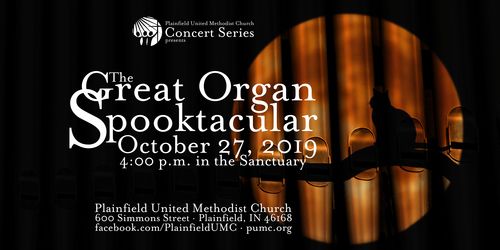 The PUMC Concert Series presents The Great Organ Spooktacular on October 27, 2019 at 4:00pm in the sanctuary. Enjoy a spookie organ concert that is sure to kick off your fall season festivities with delight!  Featuring Stephen Price at the organ as well as the popular silent film entertainment! This entire event is a kid friendly event!  Be sure to sit up close to the organ so that you can see Stephen's mesmerizing foot work on the pedals. You also won't want to miss out on his spooktacular costume! 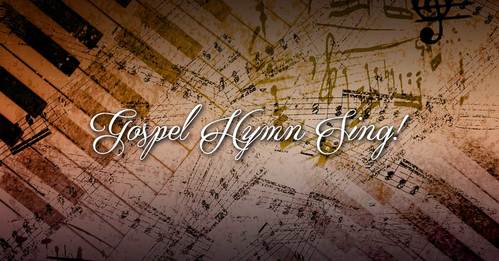 The PUMC Concert Series presents Gospel Hymn Sing! on November 24, 2019 at 4:00pm in the PUMC Sanctuary. Enjoy an evening of your favorite hymns with a Southern Gospel/Pentecostal flair!  Featuring pianist, Matt Gerhard and the PUMC Sanctuary Choir and various gospel quartets from around the community.  Most importantly, YOU will be featured as all will be invited to tap their toes, clap their hands, and sing along to some of our most treasured hymns like "There's Within My Heart a Melody," "I'll Fly Away," "Down at the Cross," "My Hope is Built," "There is Power in the Blood" and many more!